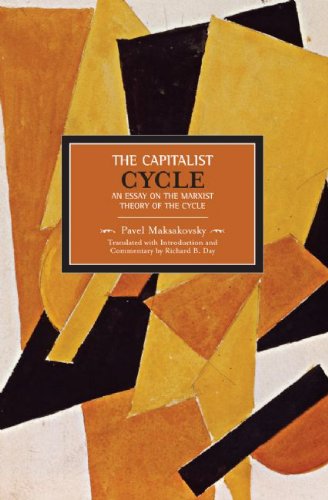 Has the background needed for doing model of Maksakovsky’s “Theory of the Capitalist Cycle”!

Hi! I’m a software engineer and scientist with overlapping interests in machine learning, economics and philosophy. I work as a data scientist at Semmle Inc. where I apply machine learning to software engineering data.
I hold a degree in Computer Science, from Durham University, and a PhD in Artificial Intelligence/Cognitive Science from Birmingham University. Outside my day job I continue to pursue academic interests, and publish in economics and philosophy. I also hold a degree in Mathematics, from the Open University, and was recently (2016) awarded a PhD in economics, also from the Open University.

The Law of Value:
A Contribution to the Classical Approach to Economic Analysis

Got all links above (except YouTube). Open Working Papers links broken:

http://fass.open.ac.uk/economics/research/discussion-papers (also got number 69 not listed)

Michael Roberts has drawn attention to a blog post and paper:

Engels should get credit for first introducing statistical mechanics entropy concepts with his chemical analogy:

And to expect any other division of the products from the capitalist mode of production is the same as expecting the electrodes of a battery not to decompose acidulated water, not to liberate oxygen at the positive, hydrogen at the negative pole, so long as they are connected with the battery.

We have seen that the ever-increasing perfectibility of modern machinery is, by the anarchy of social production, turned into a compulsory law that forces the individual industrial capitalist always to improve his machinery, always to increase its productive force. The bare possibility of extending the field of production is transformed for him into a similarly compulsory law.

Accumulate, accumulate! That is Moses and the prophets! “Industry furnishes the material which saving accumulates.” [23] Therefore, save, save, i.e., reconvert the greatest possible portion of surplus-value, or surplus-product into capital! Accumulation for accumulation’s sake, production for production’s sake: by this formula classical economy expressed the historical mission of the bourgeoisie, and did not for a single instant deceive itself over the birth-throes of wealth. [24] But what avails lamentation in the face of historical necessity? If to classical economy, the proletarian is but a machine for the production of surplus-value; on the other hand, the capitalist is in its eyes only a machine for the conversion of this surplus-value into additional capital.

Marx pointed to more than growing inequality. Concentration and centralization of capital results in ruin of most capitalists leaving only a tiny handful for workers to expropriate.

In 1928 socialist Frank Ramsey wrote first calculus of variations paper in economics, which described mechanics of concentration where rich can afford to save larger proportion of income while poorest savers find themselves consuming their capital until eventually split into two classes, which he sarcastically concludes by describing an “equilibrium” as follows:

…equilibrium would be obtained by a division of society into two classes, the thrifty enjoying Bliss and the improvident at subsistence level.

For Marx this process of concentration was closely linked to regular cyclical crises. During boom some expansion of capitalist class relying on credit. But crashes regularly bankrupt far more.

Marx did not have the mathematics to develop his theory of concentration, or indeed his theory of cycles (though when studying calculus he headed straight for Lagrange where duality prices in constrained resource allocation is found). But he did have in mind something along the lines of drive to accumulate to minimize long run probability of ruin as in Bernoullis “St Petersburg paradox”:

There is now an extensive financial literature on risk of ruin.

Important source is Myron Gordon who does give some acknowledgement to Marx in last chapter of his 1994 book.

Lots more with others in that thread. Will put under “Jack Rasmus“.

This is a text widget, which allows you to add text or HTML to your sidebar. You can use them to display text, links, images, HTML, or a combination of these. Edit them in the Widget section of the Customizer.

This is a text widget, which allows you to add text or HTML to your sidebar. You can use them to display text, links, images, HTML, or a combination of these. Edit them in the Widget section of the Customizer.